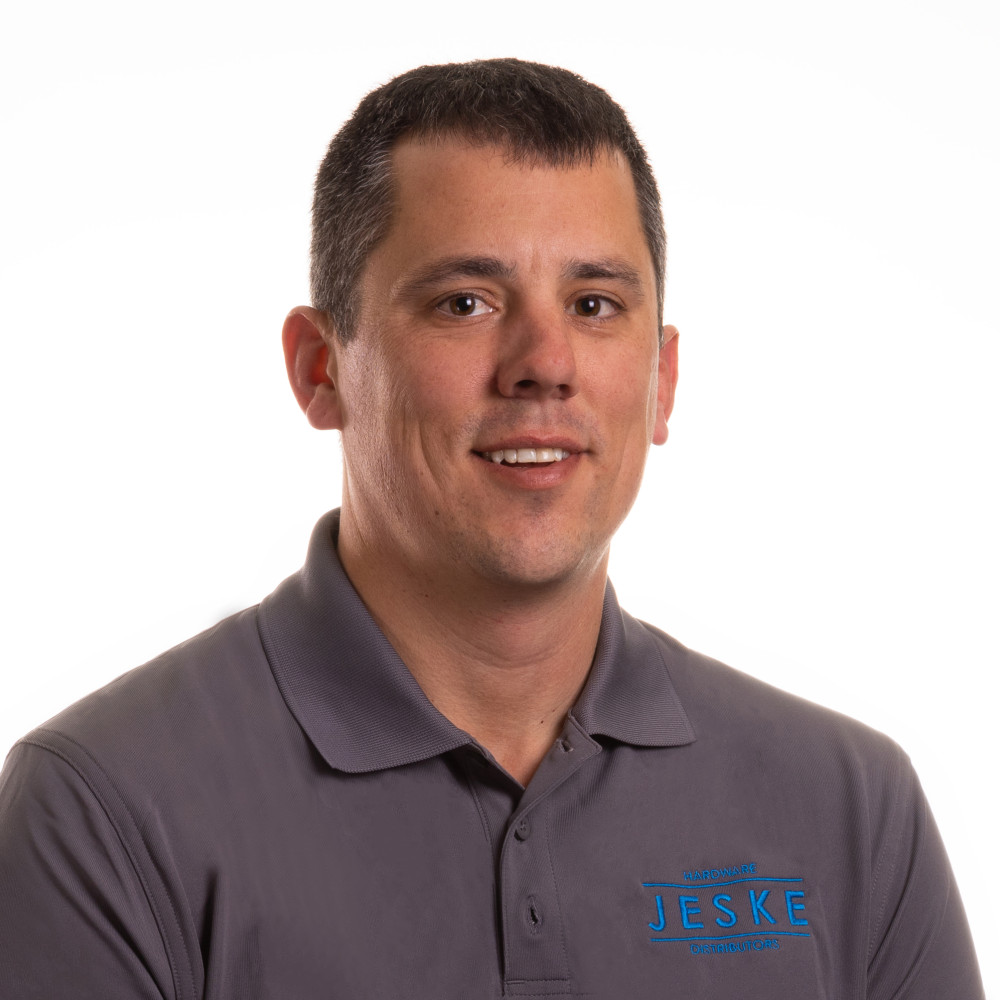 Jon Kolosso is one of the company’s account managers. His territory includes northern Wisconsin, the upper peninsula of Michigan, and the northern portion of Michigan’s lower peninsula.

In 2003, Jon was going to school just down the road from Jeske, and his sister, who worked for the company at the time, suggested that he apply for a job at Jeske. His first job with the company was working in the Appleton distribution center, picking and packing orders. In 2007, he transitioned into his account manager role.

Jon’s favorite part of his job is talking with different people every day. He also enjoys driving to and from his customers, since he gets to travel through some beautiful parts of the states he covers!

After work or on the weekends, Jon enjoys camping and fishing with his wife and two boys. He and his boys also enjoy racing remote control cars at a local hobby shop’s indoor track. During the winter, you can find the three of them there almost every Sunday.