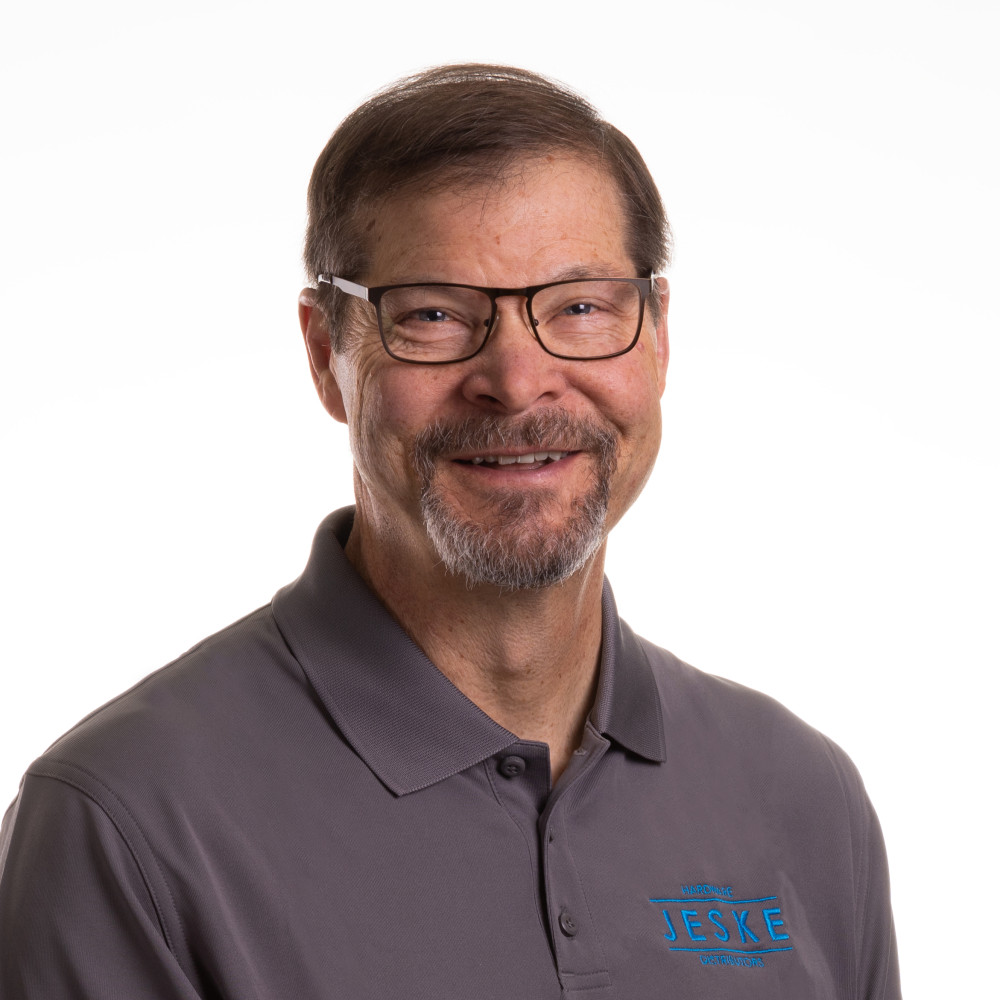 Doug Reade is one of the company’s account managers. Doug is responsible for the North Dakota, South Dakota, Nebraska, southwest Minnesota, and northwest Iowa territory. After spending six years working in juvenile corrections, Doug wanted a change of pace, so he decided to give the hardware industry a try.

Doug has now been part of the Jeske team for 20 years. Doug enjoys educating his customers on the latest trends in the hardware industry.

When he’s not working, Doug spends time riding his bike and camping. He also loves spending time with his granddaughters.